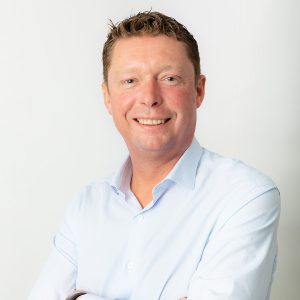 Founder & CEO of AO and Chairman of Onside Youth Zones

John is an entrepreneur, businessman, investor and passionate philanthropist.

He founded online electrical retailer AO.com in 2000 following a £1 bet with his friend that he couldn’t change the face of the white goods market. Almost twenty years later, with the industry changed, it has proven to be a valuable bet: AO has gone from three employees to nearly 3,000 across the UK, Germany and the Netherlands.  AO also owns one of Europe’s most advanced electricals recycling plants and is the largest pureplay mobile phone retailer in the UK.

John’s obsession with culture and customer service through innovation for structural advantage has been the driver of that success. His ‘AO Way’ ethos has seen him recognised for his leadership, coming second in the Sunday Times’s most inspirational leader and ranked in the top 10 CEOs to work for by Glassdoor.

John not only cares about his team and customers, but is a man who believes passionately in the responsibility to give back. He is a long-standing supporter of the development of opportunities for young people and is Chairman of OnSide Youth Zones, an initiative that is transforming youth provision in the UK by giving young people safe, affordable and inspiring places to go in their leisure time.

John is also a trustee of the AO Smile Foundation that provides support to disadvantaged young people across the UK.  His overarching goal is to ensure that no young person is left behind.

When not promoting his ‘AO Way’ ethos, John and his wife Sally are kept busy with their five children. 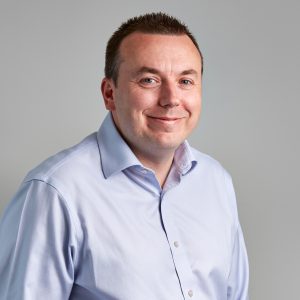 Carl has been in IT for the last 17 years, but a proper geek since before that was cool. He is most interested in the place where technology and people meet and considers himself very lucky to have been born when he was; remembering a time before the internet, before mobile phones but living long enough to see people pursue careers as YouTube influencers and the advent of autonomous cars.  It’s this variety and a curiosity to see what happens next that means that often it doesn’t feel like work to Carl. 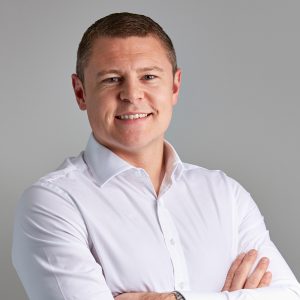 Danny is Chief Operating Officer for the UK which comprises five business units: Retail, B2B, Financial Services, Logistics and Recycling. His recent roles include Managing Director of AO Services and Group Retail Operations Director. Since he joined in 2009, AO has grown rapidly and Danny has gained experience across the business with roles in Commercial, Operations, Supply Chain and Purchasing. Danny is an Associate of the Institute of Chartered Accountants of England and Wales. He also holds a Masters in Management (MSc) and a degree in Economics BSc (Hons).

Originally from Troon in Ayrshire, Danny lives in Timperley with his wife Nicola and their children Katy & Alexander. He is a keen football fan and enjoys playing for two teams as well as being a Manchester United season ticket holder, which he also sometimes enjoys. 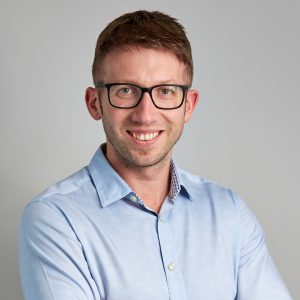 David joined AO in 2010, with a background as a chartered accountant in the manufacturing sector. His first role at AO was running the pricing team within the commercial department. Over the next few years David progressed quickly through the company and in 2014, he joined the AO group executive team as group ecommerce director. David now leads the UK retail business looking after trading, supply, commercial, contact centre and marketing at AO. He is responsible for the UK P&L, group brand and communications. 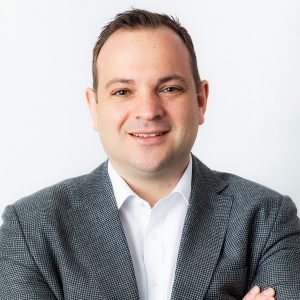 Mark Higgins is AO’s Chief Financial Officer, responsible for finance, strategy, legal and group HR functions.  He joined AO in 2011 as Group Finance Director and was promoted to the Board in 2015.  He has previously held senior finance roles at Enterprise Managed Services Ltd and the Caudwell Group.  Mark is also a member of the Chartered Institute of Management Accountants. 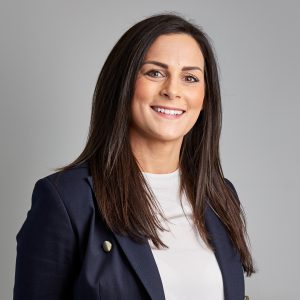 Vicky Monk is Director of Customer & Brand at AO. A testament to the opportunities that AO gives to its people, she joined the business directly from university as a Graduate Analyst in 2009. During her rapid rise through the business she has held roles including Director of Supply Chain and Director of Operations. Vicky has developed and built a team to meet the continued rapid growth and her primary focus is to support the internal business structure ensuring growth, operational efficiency and continuing to understand our customers through our brand positioning. The teams are focused on always putting the customer at the heart of everything they do with a strong focus on an end-to-end customer journey to continue to build on its competitive advantage.

Vicky also has broader responsibilities within AO including operational change and business improvement and is also a key sponsor of AO’s diversity programme.